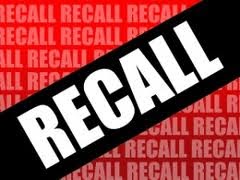 No surprise here: the Koch-linked Club for Growth is now pouring money into the Wisconsin recalls. ﻿One Wisconsin Now tells the Washington Post's Greg Sargent that the corporate front group pumped $1.5 million into the recall races.


Even more tellingly, the Club has poured a surprising $400,000 into the battle to recall state senator Alberta Darling, who was once viewed as safe...the Club sank the money into the race right after a Dem poll found that Darling is getting edged by her Dem recall challenger, Rep. Sandy Pasch.

If true, this is significant. If labor and Dems can knock off Darling, it would be a major coup: She is the co-chair of the legislative committee that passed Scott Walker’s union-busting proposals. Of all the GOP state senators targeted for recall, she’s been in office the longest...

If you want to help out in the recalls, We Are Wisconsin is a good place to start.
Posted by Teamster Power at 3:08 PM