STUDY: Almost all of us are getting poorer 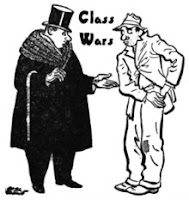 Some of us are getting poorer faster. And we all know who's getting richer.

A new study by the Pew Research Center shows how much poorer we all got between 2005 and 2009.


Plummeting house values were the principal cause of the recent erosion in household wealth among all groups, with Hispanics hit hardest by the meltdown in the housing market.

Of course falling wages can't help either. The EndoftheAmericanDream.com blog reports that median wages are falling in nearly every American city:


According to the Census Bureau's annual survey of income and poverty in the United States, of the 52 largest metro areas in the nation, only the city of San Antonio did not see a decline in median household income in 2009. 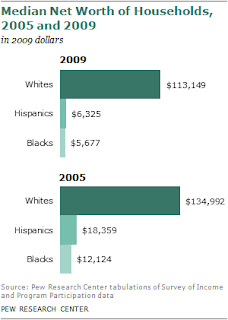 Suppose it's occurred to anyone in Congress that fighting over the debt ceiling isn't the best use of their time right now?