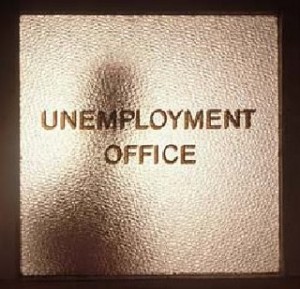 Companies are posting "Help Wanted" ads that say they won't hire you if you don't already have a job.

The Economic Populist posted a story about a study by the National Employment Law Project. NELP found 150 ads over a four-week period in which the employer said applicants had to have a job. According to the study:


A NELP researcher reviewed job postings during that period that appeared on four of the nation’s most prominent online job listing websites: CareerBuilder.com, Indeed.com, Monster.com, and Craigslist.com. The online research sought information on both employers and staffing firms that were specifically identified by name (often, job listings are posted anonymously), while also seeking a diverse sample from across the United States.

NELP’s snapshot of jobs postings identified more than 150 ads that included exclusions based on current employment status, including 125 ads that identified specific companies by name. The overwhelming majority of the offending ads required that applicants “must be currently employed.”

If you're out of a job, you'd better hope you're not in New Jersey, where Gov. Chris Christie is the longest serving of all the Governors Gone Wild. His attacks on teachers, savage budget cuts and giveaways to his rich buddies haven't exactly helped the Garden State create jobs.

New Jersey's unemployment rate rose in June to a catastrophic 9.5 percent. And the long-term unemployed really have it bad. Reports the Newark Star-Ledger,


In 2010, the Garden State led the nation with 37 percent of its unemployed workers having been jobless for more than a year, according to the U.S. Bureau of Labor Statistics.