7 'Recall Walker' signs within a few blocks of his house

This is just awesome. Our Teamster brothers from Local 200 in Milwaukee went on a little reconnaissance mission in Koch whore Gov. Scott Walker's neighborhood in Wauwatosa. Local President Tom Bennett and Business Representatives Randy Monroe and Steve Nelson counted no less than seven "Recall Walker" signs within a few short blocks of his home. 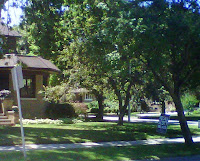 Walker isn't living there right now. He, his wife Tonette and his kids are now living in the Governor's Mansion in the Village of Maple Bluff. 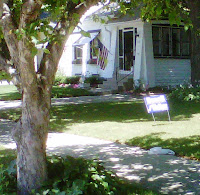 Our Local 200 brothers may have gotten the idea to scope out Walker's neighborhood from Sly in the Morning. Local 200's Secretary-Tom Millonzi was on the popular radio program on Friday in Milwaukee. Sly told him how much he liked the Teamster trucks parked on the Capitol Square during the protests in February and March.

Sly also said he'd like to back that truck up in front of the Governor's Mansion and use it to move Walker and his family back to Wauwatosa. Said Sly,


We put Scott back there, we pack all their crap up, we put it in one of those trucks and dump em off in Wauwatosa.

You can listen to the broadcast here. The Teamsters start at 24:10. 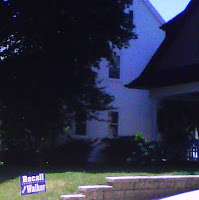 And here are the rest of the photos. 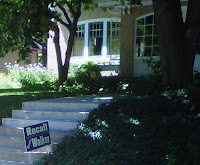