Hoffa on the march in Wisco 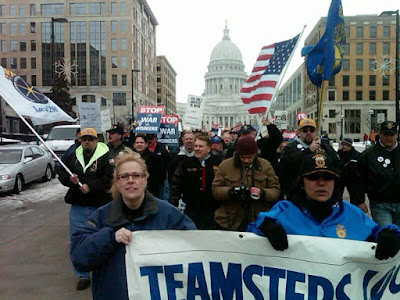 Our folks on the ground in Wisconsin are telling us that Hoffa spoke outside to a group of a thousand firefighters, Teamsters and SEIU members before marching down the street to join a picket line.
Hoffa urged Teamsters nationwide to stand strong together. “This is what it’s like to be in a union and to be an American,” Hoffa said. “Firefighters, SEIU and all these Teamsters here together. This is what being in the labor movement is about. Working together.” 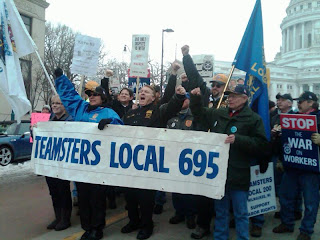 Hundreds of Teamsters took part in today’s rally, including Virgil Normington, a UPS driver and member of Local Union 344 in Milwaukee. Normington’s wife worked for 27 years in the tax services department. He said they understand the state budget is tight but that does not mean her bargaining rights should be taken away. Normington said


We don’t understand why the governor doesn’t take a paycut himself. He is driving around in a new Escalade.

Normington said the best part of being at the rally was the solidarity with the other unions.

Below are a few more photos of today's protest in Madison. Photos from Teamsters at protests around the country can be found at http://www.stopthewaronworkers.com/. 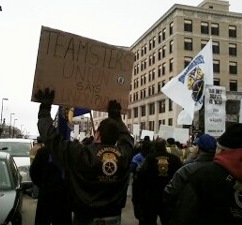 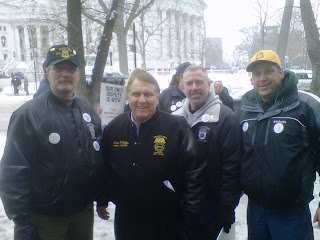 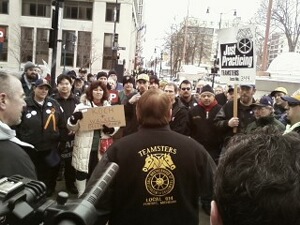 Posted by Teamster Power at 2:39 PM