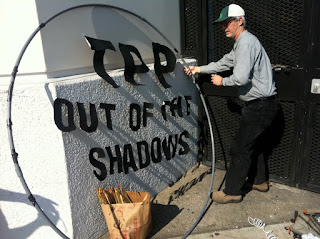 We just got our hands on an article that raises disturbing questions about the latest job-killing trade deal, the TPP (Trans-Pacific Partnership).

Just yesterday, a letter raising questions about the TPP was delivered to eight Congressional leaders from the Teamsters and 10 allies representing dairy workers and farmers. The letter said the TPP could unleash unfair competition that could severely damage the U.S. dairy industry. (Just think about getting your milk from New Zealand.)

Karen Hansen-Kuhn wrote "Who's At the Table? Demanding Answers on Agriculture in the Trans-Pacific Partnership" by the Institute for Agriculture and Trade Policy. She notes that the governments of the 11 Pacific Rim countries (that includes the U.S.) have negotiated the deal in secret since 2010. They have adamantly refused to release the  negotiating texts.

We do know one thing. Writes Hansen-Kuhn,


The TPP is not only about lowering tariffs. If implemented, it would expand protections for investors over consumers and farmers, and severely restrict governments’ ability to use public policy to reshape food systems.


There is no agriculture chapter in the TPP. Instead, rules affecting agriculture, food systems and food safety are woven throughout the texts. Very little is known about the content of those drafts.

Someone did leak part of the negotiating text, which revealed that investors could be given more power than governments. That happened under NAFTA. Three multinational corporations sued Mexico over its trade barriers to high-fructose corn syrup. The Mexican government thought those barriers necessary because of public health concerns. Guess who won? The multinationals. A NAFTA dispute panel ruled the Mexican government had to pay the firms $169 million because the country's laws interefered with corporate profit.

That's just one of many agricultural issues. But it highlights the big question behind all these trade deals: Is it wise to grant power to corporations to circumvent sovereign governments' legal systems?