Chicago Teamsters to work on blockbusters this summer 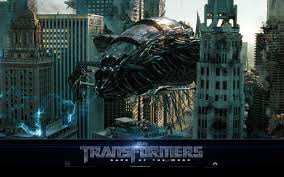 Our brothers and sisters in Chicago are excited about two films they'll be working on this year: the sure-to-be epic "Transformers 4" and an adaptation of the young adult novel "Divergent."

Sixty Teamsters from Local 727 will work on the fourth Transformers, an experience likely to be as hectic and exciting as the third. Three years ago, director Michael Bay turned downtown Chicago into a disaster area for “Transformers 3: Dark of the Moon.”


Our members were constantly on the go and really had a great experience. It says a lot about our members and our city that they want to come back.

The film company will descend on Chicago in August, and the film will be released next year.

"Divergent" will be shot solely in Chicago, on location and in Cinespace Chicago Film Studios. Thirty Teamsters from Local 727 will work on the film, which has a working title of "Catbird." It takes place in a futuristic Chicago and centers on 16-year-old Beatrice "Tris" Prior.

Chicago is also in the running for a film by the directors of "The Matrix" and "Cloud Atlas," Lana and Andy Wachowski.

Coli sounds pretty excited about the future for movie Teamsters:


We could potentially be looking at a blockbuster franchise filmed completely in Chicago. That would be a huge milestone for the Chicago film industry.

Teamsters Local 727 represents hundreds of film industry drivers, who ferry equipment, actors and crew to, from and around the sets of productions.
Posted by Teamster Power at 11:00 AM