Time to repeal RTW4less in IN again 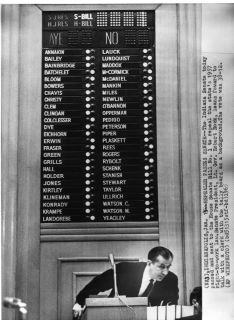 It happened in 1965 and it will happen again.

We're cross-posting this from the Stand Up For Hoosiers Facebook page:


From 1957 to 1964, Indiana had a so called "right to work" law that was implemented after a Republican takeover of the Statehouse. Much like what happened in 2012, in 1957 the bill was jammed through against the public's will and without any proof to backup proponents' claims of economic salvation. By 1964, working men and women had taken back the State Senate, the State House of Representatives and the Governor's Office and Indiana became the first state in the nation to repeal the union busting legislation.

Now, it's time to do it again.