Sotheby's feeling the heat from the UK 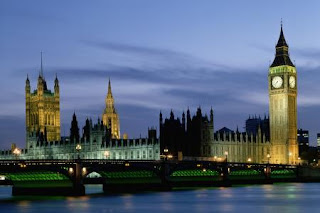 Yowza! Sotheby's is getting heat from overseas. Members of Parliament introduced an early day motion to censure the art auctioneers for trying to destroy the lives of its own workers.

Here's what the motion says:


That this House notes that 43 workers at Sotheby's Auction House in New York were locked out of their place of work by their employer in July this year for refusing a new contract that would cut their hours, pay and pensions, as well as replace several experienced unionised handlers with temporary unskilled employees;


...commends these workers, who are mainly low-waged ethnic minority workers, for the honourable manner in which they have fought to get their jobs back and defend their membership of their union, the Teamsters, despite the intense hardshipthey and their families have been forced to endure;


...representatives of these workers have come to London to make their case to their employer on the day of the art auction at Sotheby's London, and that this art auction will see at least half a billion pounds pass through Sotheby's hands; condemns the contrast between the elite culture of Sotheby's and the poverty imposed on hard-working employees in order to boost Sotheby's profits; and calls on the Sotheby's board, which includes James Murdoch, to abandon its strategy of breaking unions in order to drive down the terms and conditions of low-waged workers who are trying to support their families.

ArtInfo News reported on the Teamsters' visit to London:


...several New York Teamsters and their British supporters also plan to protest outside the auctioneer's Bond Street location. A number of London unions, including the International Transport Workers' Federation, Unite, and maritime union RMT, will participate. Ide is joined in London by Dorian Malloy, a locked-out art handler who has worked for Sotheby's for seven years. The union paid to send them both to England to raise awareness for the art handlers' cause, Ide said. Their timing is canny: it is a busy week for London's art world, with Frieze Art Fair bringing swarms of collectors, gallerists, and artists to the city.