Hoffa predicts Mexican truck program will be a fiasco 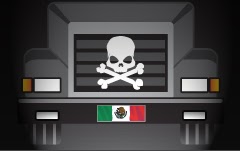 The Department of Transportation is set to allow the first Mexican carrier to send a truck over the border soon, possibly this week. It would have been the second carrier, only the first one that DOT approved had so many safety violations (which the Teamsters and allies pointed out) that the government had to scratch it.

Here's what Hoffa had to say:


This pilot program will be a fiasco, just like the last one was. You know it’s in trouble when the very first carrier that DOT approves is axed because of safety concerns. DOT has never been able to verify the safety of Mexican trucks. That’s why the Teamsters for 17 years kept the border closed to a permanent program that would let any Mexican truck travel anywhere in the United States.

Opening the border to unsafe Mexican trucks isn’t in America’s interest. Multinational corporations are the only ones that will benefit from this program.

Land Line had a terrific story about today's press event in California:


Spend any amount of time at a truck inspection facility on the U.S.-Mexico border and the reality of the alarming differences between trucking in Mexico and in the U.S. becomes crystal clear.

That was the point made at a press conference held today outside California’s Otay Mesa Truck Inspection facility. It was a point made before a single word was spoken from the podium.

Along with the Owner-Operator Independent Drivers Association’s Executive Vice President Todd Spencer, OOIDA Member Jose Escott spoke of concerns about opening the border to Mexico-based motor carriers. They were joined by U.S. Reps. Duncan Hunter, R-CA, and Bob Filner, D-CA, along with James P. Hoffa, general president of the International Brotherhood of Teamsters.

A hundred yards away, trucks in various state of disrepair – some spewing black smoke – rumbled over the scales with very few selected for legitimate inspections. Against that backdrop, the group delivered a compelling message: long-haul cross-border trucking is a danger to the economy, the environment and to highway safety.


Escott said for Mexican drivers, “their reality is the “[La]morbita” – the bribe paid at roadside for traffic infractions. Violating the rules in Mexico is just something you “negotiate” your way out of, effectively allowing the masking of a driving record that would otherwise disqualify a driver from operating in the U.S.”

Escott also said that in Mexico, “truck drivers think our HOS rules are a joke.” He said while U.S. DOT attempts to assure the American public that they will be strictly monitoring compliance with HOS regulations by placing electronic on-board recorders in participating trucks – paid for by U.S. taxpayers – nobody believes that level of oversight will exist after the DOT completes this pilot program.

Posted by Teamster Power at 8:51 PM