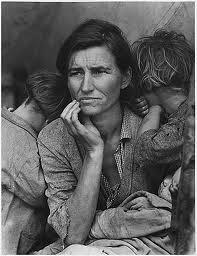 American wages are still falling even as the workforce shrinks, according to a government report released stealthily and to David Cay Johnson at Reuters:


The figures from payroll taxes reported to the Social Security Administration on jobs and pay are, in a word, awful.

These are important and powerful figures. Maybe the reason the government does not announce their release -- and so far I am the only journalist who writes about them each year -- is the data show how the United States smolders while Washington fiddles.

There were fewer jobs and they paid less last year, except at the very top where, the number of people making more than $1 million increased by 20 percent over 2009.

The number of Americans with any work fell again last year, down by more than a half million from 2009 to less than 150.4 million.

The news isn't much better on the benefits front:


After trying to mollify its critics in recent years by offering better health care benefits to its employees, Wal-Mart is substantially rolling back coverage for part-time workers and significantly raising premiums for many full-time staff.

Citing rising costs, Wal-Mart, the nation’s largest private employer, told its employees this week that all future part-time employees who work less than 24 hours a week on average will no longer qualify for any of the company’s health insurance plans.

In addition, any new employees who average 24 hours to 33 hours a week will no longer be able to include a spouse as part of their health care plan, although children can still be covered.


In addition to the 5.2 million people who no longer have any work add roughly 4.5 million people who, due to population growth, would normally join the workforce in three years and you have close to 10 million workers who did not find even an hour of paid work in 2010.

Any questions about why people are Occupying Wall Street?
Posted by Teamster Power at 4:35 PM