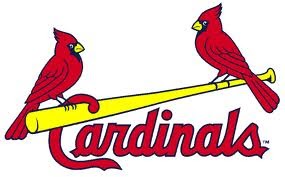 Teamsters have a long proud history in St. Louis, a good union town. So we're happy to see the Cardinals' pennant means the city won't have to furlough workers. The Associated Press reports,


St. Louis employees will not have to take mandatory furloughs this year after all, thanks to the Cardinals' trip to the World Series.

The additional revenue for the city generated by the postseason run has prompted mayor Francis Slay to cancel furloughs. He told the St. Louis Post-Dispatch that the good fortune was attributable "to the incredible run to the World Series."

The Cardinals and Texas Rangers split the first two games at Busch Stadium. The next three are scheduled to take place in Arlington, Texas, starting Saturday.

Slay said the postseason baseball has generated a little more than $2 million in extra funds for the city. The furloughs were expected to save the city $2.8 million, but if the World Series makes it to seven games, the city would stand to make another $900,000 or so in additional revenue.

Slay supported emergency furloughs as recently as August, saying the one-, two- and three-week pay cuts were necessary to keep the city in the black.

Let's hope the Series goes to seven games.
Posted by Teamster Power at 10:18 AM