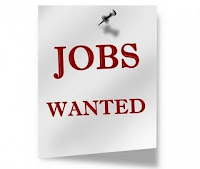 We're cross-posting this little gem from the CWA:

To conduct a media conference call dedicated to attacking President Obama’s economic record, the Republican National Committee (RNC) used a call center based in the Philippines, the Chicago Sun-Times reported today.  The RNC responded to the revelation by pointing out that the call was run by Verizon.

“As tens of thousands across America protest corporate greed on the occasion of Verizon’s shareholders meeting, we get another reminder of how the company is shipping jobs overseas,” said CWA Chief of Staff Ron Collins, who began his career in a Maryland-based Verizon call center. “It’s hard to imagine anything more hypocritical than the RNC making calls about U.S. unemployment from a Verizon foreign call center.”

Companies like Verizon that have shipped call center operations overseas have contributed to the devastation of the U.S. based call center industry.  While the industry still comprises approximately 3% of the overall U.S. workforce, the industry lost over 500,000 jobs between 2006 and 2010, largely because of the off-shoring trend.  This continued trend depresses our economic recovery.

CWA remains strong supporters of the continuing efforts by Rep. Tim Bishop (D-NY), Rep. Dave McKinley (R-WV), and over 120 other Members of Congress who support legislation to strengthen and revitalize the U.S. call center industry.