Drama in WI as Barrett, Walker are neck and neck 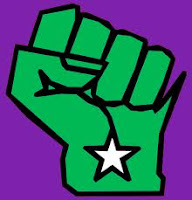 There are lots of developments in the Wisconsin recall election even as our brothers and sisters work their butts off to get out the vote on Tuesday.

Teamsters in Milwaukee are visiting work sites and handing out fliers that urge members to vote on Tuesday. They're phone banking, holding signs on bridge overpasses and sending out mail to members. They're attending rallies to support their candidates. The final big push comes over the next five days.

The latest from this week:


Walker mistakenly admitted he would use the criminal defense fund to defend himself or his campaign for being charged for violations of Wisconsin campaign finance laws. We already knew that many of Walker's aides were under investigation for misusing taxpayer dollars to illegally fund his campaign, but now we know for sure that Walker himself is under investigation.

Walker supporters are illegally sending voter suppression spam via text message to Wisconsin residents. This is a modern form of a push poll and hits voters in the wallet as people often pay for text messages they receive.

Pollster Celinda Lake shows Walker and Barrett are neck and neck with 49% of the vote each.

Former President Bill Clinton will attend a rally for Barrett in Wisconsin tomorrow.

Things are looking up for next week, but Wisconsinites still need your help! Here are some simple ways you can get involved in the fight to get out the vote in Wisconsin.

Posted by Teamster Power at 4:04 PM