A win for union rights and privacy in Maryland 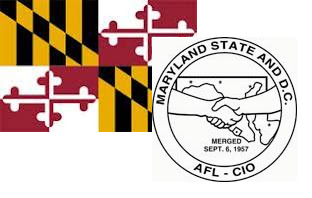 In early May, a common-sense bill signed into law by Maryland Gov. Martin O’Malley made the state the second in the nation to legally protect union members’ information from bosses.

The law grants confidentiality privileges to unions and their members. Common law protections that have long been enjoyed by doctors, patients, attorneys and clients have now been extended to workers and their unions in the Free State.

As reported by the Maryland Reporter,


One of hundreds of bills that came across Gov. Martin O’Malley’s desk for his signature earlier this month, the new law will protect union representatives from having to disclose information received in confidence from an unhappy union member during grievance proceedings.

When Republicans in Maryland argued that the bill was unfair to businesses unless it was extended to employers, the bill’s sponsor, Senator Brian Frosh, had to explain to them the difference between a business and a union:

The Union City newsletter of the DC labor council quoted council president Jos Williams who testified in support of the bill:

Labor played a huge role in winning the new protections for members, according to Union City:


[T]he main force behind the bill was UFCW Local 400, which battled lobbyists including Verizon, which has been demanding extreme concessions in ongoing negotiations with CWA. “When the law is enacted on October 2,” UFCW 400 Director of Legislative Growth Strategies and Trustee Tony Perez told Union City, "it should have an immediate impact on our membership as well as union members statewide."

Illinois is the only other state in the country that protects union members’ privacy from employers. In Maryland the new law goes into effect on October 1, finally freeing workers from the fear that information shared with their union could be used against them by management.


Go Maryland!
Posted by Teamster Power at 10:28 AM