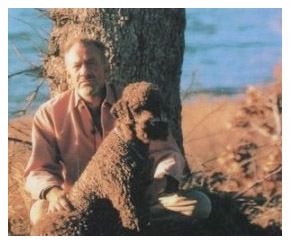 In 1961, the great American author John Steinbeck left his home in Long Island with Charley, his poodle. They embarked on a cross-country journey in a custom-made camper. The book he wrote about his trip is the much-loved "Travels With Charley." It's still in print.

The truck was a new model GMC, with a V6 engine, an automatic transmission, and an oversized generator. The camper was provided by the Wolverine Camper Company of Glaswin, Mich. Steinbeck called the rig "Rocinante," after Don Quixote's horse.

We thought we'd share Steinbeck's observations about truckers circa 1960:


I soon made acquaintance with the truckers. They are clannish and they stick together, speaking a specialized language. And although I was a small craft among monsters of transportation they were kind to me and helpful... 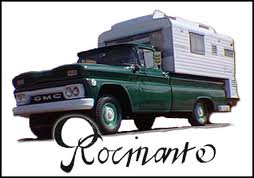 I liked the truckers very much, as I always like specialists. By listening to them talk I accumulated a vocabulary of the road, of tires and springs, of overweight. The truckers over long distances have stations along their routes where they know the service men and the waitresses behind the counters, and where occasionally they meet their opposite numbers in other trucks. The great get-together symbol is the cup of coffee. I found I often stopped for coffee, not because I wanted it but for a rest and a change from the unrolling highway. It takes strength and control and attention to drive a truck long distances, no matter how much the effort is made easier by air brakes and power-assisted steering. It would be interesting to know and easy to establish with modern testing methods how much energy in foot pounds is expended in driving a truck for six hours...consider ... the small, unnoticed turning of the steering wheel, perhaps the exertion of on ly one pound for for each motion, the varying pressure of foot on accelerator, not more than half a pound perhaps but an enormous total over a period of six hours. Then there are the muscles of shoulders and neck, constantly if unconsciously flexed for emergency, the eyes darting from road to rear-view mirror, the thousand decisions so deep that the conscious mind is not aware of them. The output of energy, nervous and muscular, is enormous. Thus the coffee break is a rest in many senses.

Posted by Teamster Power at 9:44 AM