This is how Teamsters celebrate James R. Hoffa's 100th birthday 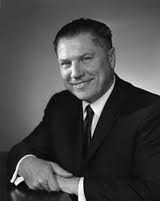 We raise money for scholarships to send the children and grandchildren of Teamsters to college.

Hundreds of students have benefited from the James R. Hoffa Memorial Scholarship Fund. It was established in 1999 in memory of the Teamster leader who it, was once said,


...put more bread and butter on the tables for American kids than all his detractors put together.


Education must be the birthright of every American, not just the children of privilege.

February 14th will mark his 100th birthday. As a tribute to his commitment to education, the scholarship fund this year will add $100,000 in scholarship and essay awards, bringing the total to more than $700,000.