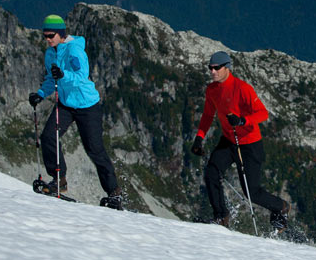 With snow outside the IBT Headquarters we decided to look into winter products made by union members.

Union Tool products are made by our brothers and sisters of the International Brotherhood of Boilermakers. The product line includes snow shovels, sidewalk scrapers and ice chisels. Look for them at Sears, Agway and Razorback stores.

Carhartt sells warm winter clothing, but not all of it is made by union members. Labor 411 advises:


Check the label to see if it is made in the US. Carharrt has recently released a “Made in America Line," and features some of the company's most legendary products. All items in this line are designed in Michigan and produced in their Tennessee and Kentucky plants by members of UFCW. Jackets, pants and socks for men and women.

Believe it or not, you can still buy union-made boots. Companies such as Red Wing Shoes, Wolverine and Totes sell boots made by our brothers and sisters at UFCW.

If you're into outdoor sports, buy your snowboards, snowshoes and sleds from Big 5 Sporting Goods, located in 12 states west of the Mississippi. You'll find your Teamster brothers and sisters in Big 5's warehouses. And you can buy Little Hotties hand and toe warmers at Costco, which employs 15,000 Teamsters in California, New York, New Jersey, Maryland and Virginia. (Costco also sells emergency kits, heaters, snow blowers and fire pits.)

Putting snow tires on your vehicle? A whole host of tires are made by union members, but to make sure you have to check the tire for the U.S. Department of Transportation code. (Union Plus explains how here.) Union-made tires include B.F. Goodrich, Bridgestone, Cooper, Dunlop, Firestone, Goodyear, Kelly Springfield, Titan and Yokohama.

When you come in from the cold, have some Swiss Miss hot chocolate made by UFCW members. Or maybe a hot toddy made with Bacardi rum by the UAW or IAMAW, or any number of bourbons and whiskeys made by UFCW. (Labor 411 has the complete list.)