NYC Teamsters to Mayor: Do your job, avoid the schoolbus strike 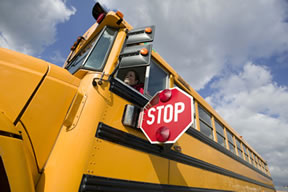 
A strike by New York City school bus drivers that had been threatened for weeks will start Wednesday morning, affecting 152,000 students, the president of the union representing the drivers announced Monday.

Michael Cordiello of Local 1181 of the Amalgamated Transit Union said more than 8,000 bus drivers and matrons will participate in the strike, brought about by a dispute over job protections in any new bus company contracts for the bus routes. Matrons accompany the children on the bus and make sure they get on and off the bus safely.

Teamsters Local 854 represents 1,000 bus drivers, matrons and mechanics for the NY Department of Education. Danny Gatto, Local 854's president, said the Teamsters cannot strike under their contract and will not. However, they will honor picket lines.


There is only one party responsible for the possible job action by unionized bus drivers represented by the Amalgamated Transit Union: Mayor Bloomberg and his administration. For weeks now, City Hall has refused to discuss the job-killing provisions they are insisting on as part of new contracts with bus contractors. It’s almost as if City Hall wants this strike to happen for some perverse reason.  The Mayor has shown callousness and a disregard for the working men and women of the ATU that would be surprising from any elected leader other than Mike Bloomberg, who has shown time and again that he has a tin ear when it comes to the needs of working men and women. The best way to avoid a job action is for all sides to negotiate face to face, but City Hall would rather throw the entire system into disarray than sit at a table with the ATU. The workers deserve better, the parents deserve better and the children deserve better.

The Teamsters, which represent about 1,000 drivers, matrons and mechanics, will not go on strike. Our contracts do not allow for it and we will honor those contracts. However, we believe our contracts also allow us to honor picket lines from members of the ATU, and we will not cross their picket lines. In addition, many of our members work in garages with members of the ATU, and without those workers on the job, those garages will not be able to function properly or safely. We trust the City will recognize those safety concerns and not put children or drivers at risk.

We urge Mayor Bloomberg and his administration to work with the ATU to resolve this dispute before a job action is required. Find a solution, Mr. Mayor. That is your job; that is who you claim to be. The children of the City are waiting.

Local 854 is asking parents of New York City school students to call the Mayor's office by dialing 311 and The Schools Chancellor at (718) 935-2000 and demand that they put the Employee Protection Provision back in the bid.


...defended the cost and the legality of including the Employee Protection Provision (EPP) in contracts in Court.  The simple fact is the EPP ensures that the best drivers and crews are responsible for transporting our children to school, and is thereby directly related to safety.

Molly Knefel, writing in Alternet, argues the dispute is all about austerity:


The battle between the city and the bus drivers represents the supremacy of budgets over quality of life. It illustrates what happens when communities, jobs and families are devalued, marginalized and destroyed while the language of austerity reigns, infallible. And it illuminates the hypocrisy of those in power who claim to care for our children’s safety but refuse to invest in it.