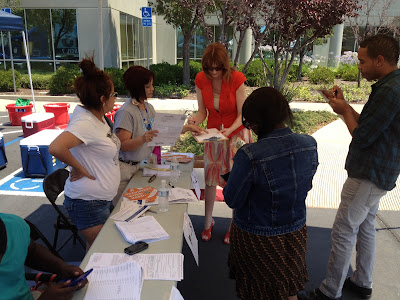 California Teamsters from Local 856 in San Bruno are out today registering their brothers and sisters to be voters in November. They set up tents and tables in the employee parking lot outside Delta Dental, where Local 856 members work. And then they signed them up, one after another. (The Delta Dental complex has five buildings filled with Teamsters.) At last count, more than 100 Teamsters became voters today.

And they got Krushburgers for lunch, too.

It's especially important for Teamsters to be voters this fall. Our opponents are still mounting an all-out war on workers. The high-profile attacks in Indiana, Ohio and Wisconsin were just the tip of the spear. Working Americans are under attack in every state in the country. 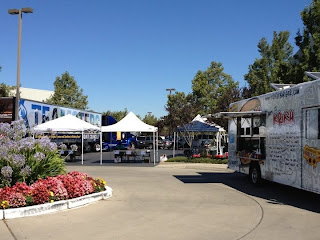 In California, there's an especially nasty anti-union measure on the ballot. It would severely restrict unions' ability to donate money to political campaigns. Corporations, though, could spend to their hearts' content (they are people, after all, according to the Supreme Court and Mitt Romney).

This November we get to fight back at the ballot box. We know our enemies want to chip away at our rights, and they'll outspend us in a big way.  One thing they will not do is out-organize us. Props to Local 856 for making sure their brothers and sisters learn the issues, learns which candidates are on our side, and register to be voters.

It's a tricky business, as anti-worker politicians are doing everything they can to make it harder to register new voters. Judging by the photos sent to us by Brother Rudy Gonzalez, Local 856 members have all the rules in front of them and are dotting every i. 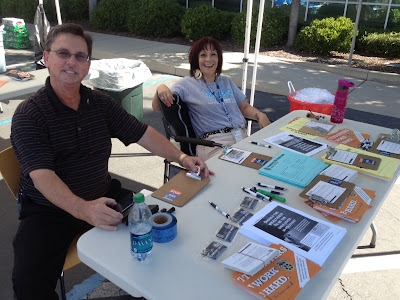 With all those Teamster boots on the ground (and Teamster trucks on the road), we can win in November! 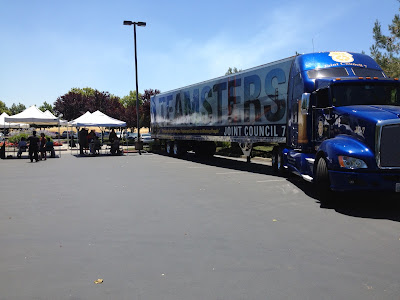