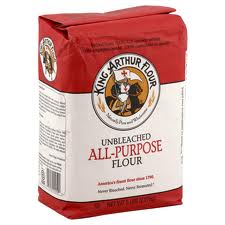 Economist Robert Shiller is quoted today in the naked capitalism blog about a new (as in one-and-a-half years-old)  kind of socially responsible company: the benefit corporation. Here's Shiller:

The benefit corporation is a new kind of corporation that’s halfway between profit and non-profit. It fills a need. The benefit corporation makes profits and distributes them to shareholders just like a for-profit corporation. The only difference is, and this may seem like a small difference to some, the corporate charter specifies a purpose – a social, environmental or charitable purpose – in addition to the profit-making purpose. It doesn’t really clarify how the effort will be divided between the two. Some traditional economists who look at this would say, “This doesn’t make any sense! A company should make profits and it will be focused on that. If there’s any charity it’ll come after the company distributes the profit to shareholders, and they can do what they want with it, including charity.” But the problem is, and this is what’s bothering people these days, a strictly for-profit corporation just seems selfish. And it is selfish, because focusing directly on profit is just not humane. I think everyone will feel better about these benefit corporations, and they’re just starting up now, only in the US at this point but I think the idea will spread.

Here's the Nation about a year ago:


...the Benefit Corporation ... has been written into law in Maryland, New Jersey, Virginia and Vermont, and is moving quickly in other states too. The new laws permit companies to join the profit motive with the purpose of making a “positive impact on society and the environment.” In their articles of incorporation, Benefit Corporations declare their public missions—things like bringing a local river back to life, providing affordable housing, facilitating animal adoptions or promoting adult literacy. Under the law they must go regularly before a third-party validator like B Lab, the visionary Philadelphia-based alliance of more than 400 so-called B Corps across the country, to prove that they are not only meeting their goals but treating their employees, customers, communities and local environments with the same respect as their shareholders...

Looking for examples? King Arthur Flour, which is worker-owned and committed to sustainability.

Posted by Teamster Power at 9:27 AM