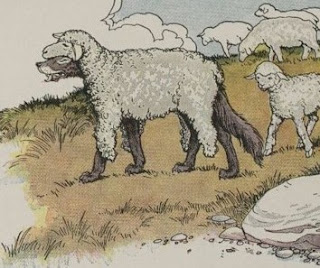 The National Federation of Independent Businesses came to our attention this morning because it endorsed the Billionaires' Bill of Rights in California, aka Prop 32. The BBR is just another attempt to destroy our union, and our western brothers and sisters are fighting hard against it.


The National Federation of Independent Business/California, a group that represents small businesses, has endorsed Proposition 32. The ballot measure would ban union and corporations from contributing money directly to candidates. It would also eliminate payroll deductions, unions' primary way of raising political money.

There are two deceptions here. One is that the proposition would affect corporate political donations. It wouldn't. As John Logan in The Guardian notes,


Prop 32 would have almost no impact on the ability of corporate executives to contribute unlimited money to candidates or campaigns, but would have a devastating impact on the ability of unions to participate in state politics. Its restrictions on unions are so sweeping that it would prevent them from communicating with their own members on political issues. Worse still, Prop 32 would enhance the ability of super political action committees (PACs), and other wealthy groups that are exempt from the measure, to dominate elections.

The second deception is that the NFIB represents small businesses. It doesn't. Like ALEC, which claims to be a nonpartisan good government group, the NFIB is a wolf in sheep's clothing.

Reports the Institute for Local Self-Reliance, the group often lobbies for policies that benefit big business at the expense of small. The NFIB supports a higher tax on the income of independent businesses and families so that big national chains can avoid paying state taxes. Nor has it taken a position on an Internet sales tax, which would help small retailers.

As Robb Mandelbaum wrote in the New York Times,


...the N.F.I.B. has never made halting the big box expansion — or curbing the many tax policies that local activists say give national retailers an unfair advantage over independent small competitors...

Moral of the story: Appearances are deceptive. (But you knew that.)