End the Bush tax cuts for the top 2% 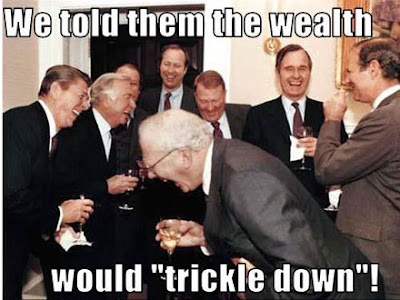 President Obama wants to extend the Bush tax cuts for 98 percent of Americans and end them for the rest. That would save working families $1 trillion in taxes.

The U.S. Senate will vote this week on Obama's proposal. The House most likely will vote the week after that. If the proposal fails, taxes will rise by $2,200 for a typical middle class family of four.

You can call your senators and representatives and tell them to end the Bush tax cuts for households making more than $250,000 a year. If you're not sure who your representatives are, go here.

Then call 888-744-9958, ask for your representative and tell him or her to vote for ending the tax breaks for the top 2 percent.
Posted by Teamster Power at 2:34 PM