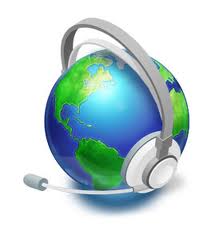 We're bummed that the Bring Jobs Home Act failed in the Senate last week, but we're happy to learn about another bill that will come to the floor. It would force companies to disclose if they’ve moved call centers overseas -- and if they did, they couldn't get federal funding (such as grants and loans).

Sen. Bob Casey of Pennsylvania introduced the bill and Sen. Sherrod Brown of Ohio cosponsored it. Here's a statement from Sen. Casey's office about the bill:

Thousands of call center jobs have been relocated overseas. Senator Casey’s legislation will fight this trend by preventing companies from taking taxpayer money only to turn around and cut jobs in the United States.

“Companies that outsource their call centers overseas shouldn’t see the benefits of government grants and loans,” Senator Casey said. “Keeping call center jobs in Pennsylvania is good for our workers and our economy, and my bill will send a clear signal that outsourcing jobs will not be rewarded.”


We'll keep you posted on the bill's progress.
Posted by Teamster Power at 3:59 PM