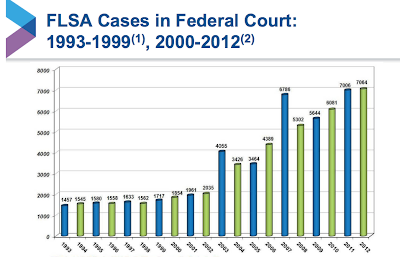 Such a shame. Those poor widdle corporations that steal wages from their workers are getting sued in record numbers.


One poor widdle wage thief even has to go to jail, according to the New York Daily News:

A Bronx car-wash owner who failed to pay his workers minimum wage will spend weekends in jail for the next four months...Washers said he paid them only $4 an hour with no overtime for 12-hour days and six-day weeks.

Those poor widdle wage thieves in Texas could go to jail since the Legislature passed a new law last year.

One poor widdle corporation says it just isn't true that it rips off its workers, who had the nerve to protest in front of its Capital Grille in Manhattan.

The truth is that wage theft is on the rise as corporations ruthlessly exploit their workers. Here's a good Huffington Post read, "FedEx fails to deliver for drivers" (surprise)  about wage theft, aka misclassification.