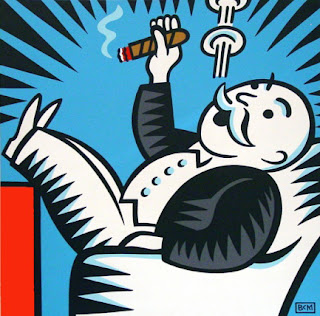 That's right, call that number right away and tell your senators to vote against extending the Bush tax cuts for the richest 2 percent of Americans. The Senate is scheduled to hold a procedural vote on the bill at 2:15 EDT today.

The bill would extend tax relief for 98 percent of U.S. taxpayers but end them for people with household income of more than 250,000.

Because of the Senate rules, 60 votes are required to bring the bill to a final vote. Make your senators feel the heat!

The entire concept of "trickle-down economics" is rejected by every credible economist in the country. As Bloomberg reported today,


How about the oft-cited Republican claim that tax cuts will boost the economy so much that they will pay for themselves? It’s an idea born as a sketch on a restaurant napkin by conservative economist Art Laffer. Perhaps when the top tax rate was 91 percent, the idea was plausible. Today, it’s a fantasy. The Booth poll couldn’t find a single economist who believed that cutting taxes today will lead to higher government revenue -- even if we lower only the toptax rate.

Now make the call.
Posted by Teamster Power at 11:37 AM