Meet the unions putting on the Super Bowl 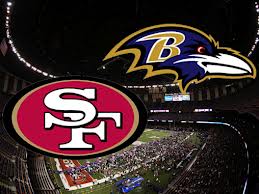 The central players in the Super Bowl on Sunday -- the Ravens and the 49ers -- are union members. They belong to the NFL Players Association (NFLPA). Thousands of other union members all play key roles in the extravaganza.

Our brother and sister Teamsters from Local 270, for example, will serve hot dogs, draw beer and staff the New Orleans Saints team store.


(The players) share a bond with the men in the striped shirts—members of the NFL Referees Association. During the past two years, both have been locked out by NFL owners.

The announcers, camera operators, technicians and other hardworking folks who are bringing the game to the big flat-screen TV in your home or favorite watering hole are members of SAG-AFTRA, Broadcast Employees and Technicians-CWA (NABET-CWA), Electrical Workers (IBEW) and Laborers (LIUNA) ...

The half-time spectacular ... is made possible by the skills of Theatrical Stage Employees (IATSE) and the talents of the American Federation of Musicians of the United States and Canada (AFM) and other performing artists...

The AFL-CIO adds that skilled workers from the the Southeast Louisiana and Louisiana State Building and Construction Trades councils rebuilt the Mercedes-Benz Superdome after Hurricane Katrina.

And firefighters, emergency medical personnel and other New Orleans city workers are members of the Fire Fighters (IAFF) and AFSCME. Amalgamated Transit Union (ATU) members operate many of the buses and trolleys that are shuttling fans around town.

Read the complete story here.
Posted by Teamster Power at 9:57 AM