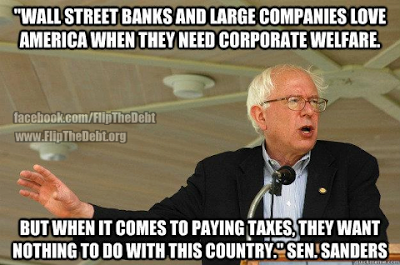 Honeywell's CEO David Cote took home $37 million in 2011 and will receive $78 million when he retires, but he thinks working people should get less of the Social Security money they worked all their lives for. Cote is a spokesman for the CEO-backed "Fix the Debt" lobbying group -- and the poster boy for selfishness and CEO empowerment.

Veterans and seniors, part of the "Flip the Debt" countercampaign, crashed Cote's party last night at St. Anselm College in New Hampshire. He was giving a speech about cutting Social Security, Medicare and Medicaid. The Flip the Debters interrupted him.

"Fix the Debt claims to seek bipartisan solutions to reduce the deficit, but Fix the Debt is nothing more than a CEO lobby whose real objective is huge corporate tax breaks and drastic cuts in Social Security, Medicare and Medicaid..."

Police escorted protesters out of the room. It wasn't the first time people who disagreed with Cote were quickly removed from his presence. During a public meeting in Washington, a reporter who asked him about Honeywell's 14-month union-busting lockout of uranium workers was quickly manhandled out of his sight.


Cote ... acknowledged in an interview that the sequester’s spending cuts will harm the economy. But he thinks they need to happen anyway:


“...So, yeah, there’s some impact but at some point we have to start working to get our debt under control and if this is the only rational step they could seem to take to do it, then they ought to do it.”

Alison Kilkenny at The Nation sums up the Flip the Debt argument nicely:


Why are you demanding that we reduce the deficit by cutting critical social programs, when your own company practices tax-dodging that has contributed millions to the national debt?