How to create 4.7M jobs with a stroke of the pen (Ohioans, take note) 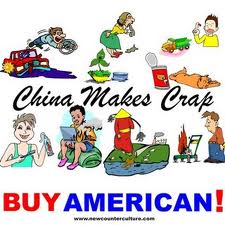 There's a way to bring back a good chunk of the 7,277,400  jobs that have gone overseas, and it could probably be done tomorrow with the stroke of a pen.

Those jobs disappeared because of the gargantuan U.S. trade deficit -- $559.8 billion in 2011, according to the U.S. Department of Commerce.

Cracking down on currency manipulation by China and other countries would restore as many as 4.7 million U.S. jobs, according to a new study by our friends at the Economic Policy Institute.

And as many as 199,700 of those jobs would probably be in Ohio. That's because of the Buckeye State's manufacturing preeminence.

Scott co-authored a study that found


...enacting policies to end currency manipulation would help revive the manufacturing sector in the U.S., creating between 2.2 million and 4.7 million U.S. jobs and between 94,900 to 199,700 jobs in Ohio, one of the nation’s preeminent manufacturing states.

He points out that the president can eliminate currency manipulation "with the stroke of a pen." Here's how:

There's another benefit to ending currency manipulation: It would shrink the deficit by as much as $165.8 billion.

Posted by Teamster Power at 5:14 PM