The 9 most insane laws proposed by extremist Republicans 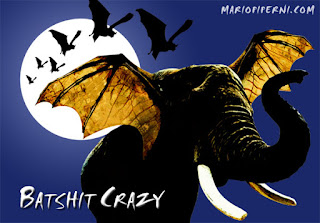 A Missouri Democrat filed a bill last week that would make it a crime to propose No Rights At Work legislation.

Rep. Jeff Roorda wasn't really serious. He was responding to a bill filed by Republican state Rep. Mike Leara that would make it a crime to propose legislation to restrict gun ownership.

The Republican was probably serious given the long list of loony bills the GOP is promoting these days (many with the help of ALEC, the billionaire-backed dating service for state lawmakers and corporations).

The following proposals should make your head spin:

2. Give corporations the right to vote.  Montana Rep. Steve Lavin would give corporations that own property within a city to vote in a municipal election. ThinkProgress reports his bill would allow the president, vice president or designee to cast a ballot.

3. Eliminate child labor laws: Utah Sen. Mike Lee thinks child labor laws should be illegal. So does former Missouri state Sen. Jane Cunningham, who filed a bill in the last session that would eliminate the prohibition on employment of children under age 14. Maine and Wisconsin's two wackadoodle governors, Paul LePage and Job-killer Scott Walker, have both signed laws that roll back child labor protections.

4. Force unions to pay for non-union members' benefits. Last year, Michigan and Indiana passed No Rights At Work bills that will weaken unions, increase poverty, lower their citizens' standard of living and kill more people at work.  Republicans tried and failed to pass No Rights At Work in Kentucky and New Hampshire, but they're still at it in Missouri and Maine.

5. Raise taxes on everyone but the rich. Republican governors in Ohio, Louisiana, Kansas, North Carolina, Oklahoma and Nebraska are proposing tax hikes on the vast majority of citizens in order to cut taxes for the wealthy few.

6. Prohibit living wage and minimum wage laws. Florida state Sen. Stephen Precourt filed a bill to overturn local laws in Orlando, Miami Beach and Gainesville that require some employers to pay slightly more than the minimum wage. The bill has passed through committee.

7. Make it a crime to expose corporate crime. A bill is now moving through the Indiana Legislature that would criminalize the video or audio recording of unethical or illegal behavior on a farm or in a workplace. Similar laws passed already in Iowa, Montana, North Dakota, Kansas and Utah.

9. Make it a crime to make theft a crime: Last year, the Florida House of Representatives passed a bill to overturn local laws that make it illegal for employers to steal wages from their employees. It failed in the Senate.

We fear we've missed a few of the GOP's most outlandish proposals. Sadly, we expect we'll be hearing more.
Posted by Teamster Power at 4:01 PM