We've seen quite a lot of praise for our brothers and sisters of Teamsters Local 831, New York City's sanitation workers. Jaime A Rodriguez ‏tweeted:


What a excellent job by #NYC Sanitation cleaning up the snow. By 4pm its like #Nemo never happened. Cc: @NYCMayorsOffice

But it's a twitpic that really tells the story, with yesterday's tweet by Lee Goldberg at WABC: 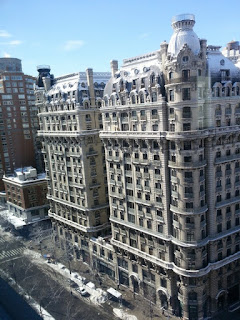 We'd also like to give a shoutout to all our brothers and sisters who kept the roads plowed, the trains moving, the grocery stores stocked and citizens safe.  And a special shoutout to all who are working today to restore power in the Northeast.


Amtrak crews have been working through the night and this morning continue to clear track of snow and downed trees as well as making necessary repairs to restore train operations following the severe winter storm that impacted the Northeast.


We are manning the police, fire, 911 phones. Good job by SSRECC dispatchers in Hingham.

And just a reminder that it isn't ALL about the Northeast:


Keeping the Interstate and Main Routes safe for democracy. IL. Dept. of Transportation and Teamsters Local 330.