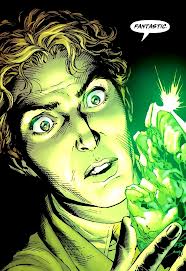 The Vermont Senate approved by a vote of 25-4 a "Fair Share Bill” that would require state workers to pay for the costs of negotiating and defending contracts if they have been grandfathered out of doing so. The fee would also cover the cost of representation during grievances. (Currently, employees hired before July 1, 1998 don't have to pay the fee.)

We love this idea, and we thank our friends at We Party Patriots for bringing it to our attention. WPP tells us:


The bill, S.14, is aimed at ensuring that all those who receive the benefits of union representation pay their fair share into the bargaining process.

The Senate advanced the bill by 26-3 on Feb. 1. It was amended to change the wording and passed on Wednesday.


What this bill seeks to say is that no one will be forced to join a union after this bill goes through the process for good or ill. ... If you enjoy the benefits of your union and collective bargaining you will have to pay a percentage of what a fully paid up member of the union would pay.


S.14 as introduced states, “This bill proposes to require payment of agency fees by teachers, school administrators, and municipal employees who are not members of a labor organization recognized as the exclusive bargaining agent.  In addition, it would confirm explicitly that agency fees cannot be used for any purpose other than in connection with collective bargaining.

If they can do it in Vermont...

Posted by Teamster Power at 6:07 PM