CEO says US a 'Wal-Mart market' 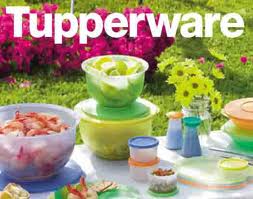 Maybe he should have said Americans can only afford cheap instead of quality.

Half of American households were 8 percent poorer in 2011 than they were in 2007, according to The New York Times. (We can thank the War on Workers for that. And Wal-Mart.)

The Los Angeles Times reports the Tupperware CEO told investment analysts his company did better in Europe than the U.S.:


...the Orlando, Fla., company best known for Tupperware parties has seen disappointing sales this year in the its U.S. market.

"Why do we do better in Europe than we do in the U.S.?" the CEO said in a conference call this week with analysts. "Hey, take a look at the average brand of cab that you get into in New York City. I mean they're filthy. They're junk. Get in a cab over here, it's a Mercedes or an Audi."

Goings goes on to explain that the company's top products simply don't appeal to bargain-hunting Americans.

"That's a discount market over there. They buy price," he said. Eruope, on the other hand, "buys quality. Japan quality.

Posted by Teamster Power at 8:30 AM