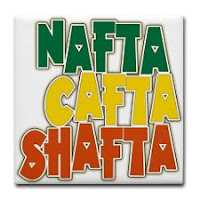 Our laws require meat sold in supermarkets to be labeled with the name of the country where the meat came from. That, say the Canadians and the Mexicans, makes it hard for them to sell their beef in the U.S. The WTO agrees with them -- on a preliminary basis.


The World Trade Organization has ruled against some U.S. labeling regulations for meat sold in supermarkets, saying they discriminate against foreign suppliers, people close to the case said on Thursday.

The confidential interim ruling, if approved later this year, would deal a partial victory to Mexican and Canadian breeders frustrated in their attempts to export to the United States, and opens the way to scores of similar legal challenges, the sources said.

A WTO spokesman said the interim report -- expected to be largely unchanged in its final version later this year -- was circulated to the United States, Canada and Mexico on May 20. The WTO declined to comment on its contents, citing its confidentiality.

Even worse, Reuters reports similar cases are expected to be filed.

This is just lovely. A secret world court is overruling U.S. laws. You just have to wonder, why on earth would we continue to be part of the WTO???

The U.S. has 60 days to appeal the ruling, something we certainly hope happens. In the meantime, go to this website to find out how to buy U.S. foods -- while you still can: http://www.efooddepot.com/products/grid/24/0/0/0/0/5/6/all.html
Posted by Teamster Power at 4:29 PM