Colbert gives Michigan EMF what for 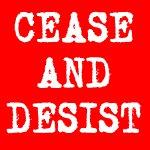 The Colbert Report did a great piece last night on Michigan's emergency financial manager (EMF) law, which allows an appointee to take over local and municipal governments. Colbert had this to say about Joe Harris, Benton Harbor's EMF:


This takes all power away from the local elected officials, but Harris is still willing to listen to all the voices in city government because they are all now his voice.

It's frightening, but true. Colbert then played audio quoting Harris, who said:

"Them" refers to the democratically elected public officials who Harris replaced with his massive ego. Not only have residents of Benton Harbor been deprived of representation, publicly owned land is also being turned over to wealthy interests for their own luxury golf course.