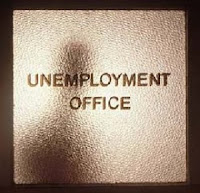 
Unfortunately, "economy" is not a synonym for "job creation." Because millions of people are still out of work, and millions more have jobs that pay starvation wages.

David Leonhardt wrote recently in the New York Times that 96 percent of men between the ages of 25 and 54 worked. Now that number is about 80 percent. That means one out of every five men in their prime earning years is out of a job.

Here are more grim statistics:
It would be insane to enter into any more job-killing trade deals, given this dismal jobs picture. But that's what Congress may just do in the next few months -- with South Korea, Colombia and Panama.

We know what we need to do. Buy American. Build infrastructure. Renegotiate NAFTA. End tax breaks for companies that move jobs overseas.

Too bad our government hasn't figured it out.