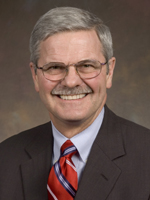 
There had been a possibility that the group would consolidate with another recall effort against Miller, launched by the Utah-based American Patriot Recall Coalition, and use a May 4 deadline that group had to collect enough signatures. But Horn wrote in an email this morning that volunteers decided not to consolidate with the coalition.

"We did this because we feel that the APRC is a front group for either wrecking conservative causes or for simple money making," he said in the email.

We love this juicy detail about the head of APRC, a man named Dan Baltes, from the Deseret News: He's a huckster who touts himself as a well-connected political strategist and an authority on illegal immigration, but he served 10 years in Idaho prisons for grand theft, forgery and writing bad checks. He also had a domestic violence complaint and a restraining order issued against him in Colorado 10 years ago.

So to recap, six Republican state senators from Wisconsin face recall elections, along with three Democrats. Only one more Democrat and two more Republicans possibly face recall.
Posted by Teamster Power at 5:38 PM