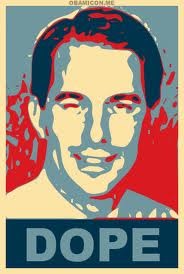 Koch whore Wisconsin Gov. Scott Walker is planning his next assault on democracy, or what’s left of it, in Wisconsin. Following the lead of Michigan Gov. Rick Snyder, he's planning to force local governments to a financial stress test that would permit him to actually take over municipalities that don’t meet his approval. Forbes reports:


According to the reports, should a locality’s financial position come up short, the Walker legislation would empower the governor to insert a financial manager of his choosing into local government with the ability to cancel union contracts, push aside duly elected local government officials and school board members and take control of Wisconsin cities and towns whenever he sees fit to do so.

Snyder signed a law in March giving power to emergency managers to take over Michigan schools and communities and abrogate union contracts.

Already, Snyder’s declaration of financial martial law offers a glimpse into what Wisconsin’s future will look like if Walker gets his way:

(Michiganders aren't taking this lying down, btw. A group called Heartland Revolution is sponsoring a march/rally in Benton Harbor on Wednesday. Find out about it here.)

But the thought of Scott Walker appointing someone with godlike powers to step on workers’ rights...is...just....terrifying.
Posted by Teamster Power at 3:30 PM