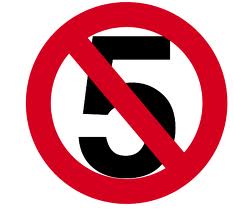 SB5 and Kountry Klub Kasich go down to huge defeat. This is a big, big win for all middle-class workers.

Congratulations to all our Teamsters brothers and sisters who worked so hard to defeat KKKasich's heinous bill. We'll let our Buckeye brothers spin it for you:

“On behalf of all Ohio Teamsters and organized labor, the citizens of Ohio sent a message to Gov. Kasich and the Koch brothers, ‘Keep your hands off our rights to collectively bargain’,” said William Lichtenwald, President of Teamsters Local 20 in Cincinnati and the Ohio Conference of Teamsters.

“I hope the politicians in Columbus wake up and start listening to the middle class and looking out for our interests as opposed to corporate interests,” said Randy Verst, president of Teamsters Joint Council 26 in Cincinnati.

“Extreme politicians tried to shift the burden of the economic crisis to the middle class,” said Al Mixon, Secretary-Treasurer of Teamsters Local 507 in Cleveland and a Teamsters International Vice President. “They tried to destroy our basic right to freedom of speech, the freedom to negotiate, the freedom to have a voice in the workplace. SB5 doesn’t just affect labor, it affects everybody. If they take away our basic rights, then they’ll take away everybody’s. Fortunately, Ohioans have come together to defeat this bad legislation. We won’t get fooled again.”

Posted by Teamster Power at 9:51 PM