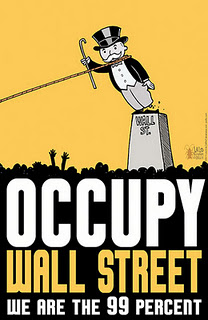 America was sold on the idea that cutting the capital gains tax would create jobs. Instead, it created massive inequality and, now, social unrest.

Robert Lenzner at Forbes reports that,


Capital gains are the key ingredient of income disparity in the US– and the force behind the winner takes all mantra of our economic system. If you want even out earning power in the U.S, you have to raise the 15% capital gains tax.


Income and wealth disparities become even more absurd if we look at the top 0.1% of the nation’s earners– rather than the more common 1%. The top 0.1%– about 315,000 individuals out of 315 million– are making about half of all capital gains on the sale of shares or property after 1 year; and these capital gains make up 60% of the income made by the Forbes 400.

It’s crystal clear that the Bush tax reduction on capital gains and dividend income in 2003 was the cutting edge policy that has created the immense increase in net worth of corporate executives, Wall St. professionals and other entrepreneurs.


We can have democracy in this country, or we can have great wealth concentrated in the hands of a few, but we can’t have both.

Lenzner concludes we have to raise the capital gains tax to the wealthiest investors or face increased social unrest.

He's right, you know.
Posted by Teamster Power at 5:04 PM