Even as the 1% lost big in Ohio last night, they're still locking out 43 Sotheby's art handlers from Teamsters Local 814. Occupy Wall Street, the Teamsters, students and union allies will continue the struggle at Sotheby's tonight. The action will begin in a few hours. We're expecting some dramatic video, hopefully as soon as this evening. 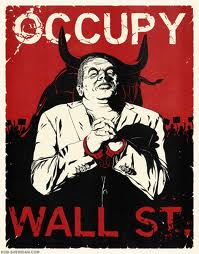 About 100 protesters from Occupy Wall Street will join a Teamsters picket line at the Sotheby’s auction house in Manhattan tonight (Wed,, Nov. 9) to back the union in an important battle to fight wage cuts. The action, called OCCUPY SOTHEBY'S, will picket the 1% in support of locked-out Teamsters art handlers at one of the biggest art auctions of the year.

WHERE: 1334 York Avenue (between 71st and 72nd St.) *A contingent of NYU students, faculty and alumni will meet at 5pm, by the fountain in Washington Square Park