3 ways the system is rigged for the rich 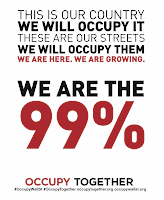 Michael Lind offers us three key ways the 1 percent stay in control of 42 percent of this country's wealth:
Let's start with No. 3. Lind, writing in Salon, notes that the professional class -- lawyers, doctors, academics -- rig the system by creating medieval-style unions that keep everyone else out. Writes Lind,


The professions are guilds. To put it another way, they are the most powerful unions in America. They are unions for the affluent. They rig labor markets the way that guilds have always done — by preventing anybody who doesn’t belong to the guild from practicing the trade.

In most states of the Union, you can’t practice law or medicine without both passing exams and possessing a medical degree or a law degree. In the early 20th century, law was an undergraduate degree. Then law schools began requiring four-year college education as a prerequisite, in order to keep the lawyer labor market tight by weeding out Americans who can’t afford at least seven years of higher education.

While raking in rents from their credentials, America’s affluent professionals are delegating more and more of their work to poorly paid subordinates — nurses and health aides, paralegals, adjuncts. While gouging students and parents with high tuitions, today’s universities and colleges assign more and more teaching to “freeway fliers” — often graduate students paid near-poverty wages or affluent professionals who teach as a hobby. God forbid that a well-paid, tenured professor should have to teach undergraduates, instead of jetting to conferences in luxury hotels.

Meanwhile, of course, unions for everyone else are under savage attack.

As far as No. 1 and No. 2 go, well, we already know CEO compensation is out of whack. But here's how Lind describes the financial sector's "business" model:


We place highly leveraged bets, sometimes as much as 35 or 40 to 1. In return, the government implicitly agrees to bail out our banks, and if we’re fired, we’ve negotiated sweetheart deals with golden parachutes. If we bet right, then our banks keep the windfall profits and we get big bonuses. If we bet wrong, not to worry — the taxpayers will bail out our banks and the government will pay for the cost of the bailouts by cutting Social Security and Medicare. Suckers!

And he explains that CEO compensation is rigged by the CEO's handpicked cronies on boards of directors. CEOs can also inflate their "earnings" through stock buybacks, which are like an author buying his own books to inflate sales.

The whole thing is worth a read. You can find it here.
Posted by Teamster Power at 7:22 AM