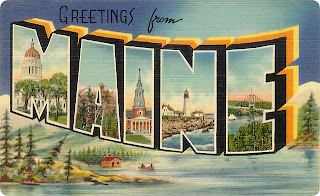 While Ohioans voted last night to repeal the anti-worker SB5 law, Mainers defeated a voter suppression law at the polls.

Maine's Republican-controlled Legislature passed a law in June requiring voters to register at least two business days before an election. Since 1973, Maine had a pratice of same-day voter registration on election day.

The law is part of a trend nationwide of lawmakers trying to pass laws to keep potential voters from casting ballots.

The referendum was put on the ballot and voters -- including Teamters -- vetoed it.


Obviously this is a huge victory. The law was a recent change to voter registration and it didn't make any sense. It was just more of the same from Paul LePage and his regime in trying to suppress our voices in Maine, and the voters wouldn’t let their voices be suppressed.

It just goes to show: When the 99 percent stand up to the one percent, we win.
Posted by Teamster Power at 11:33 AM