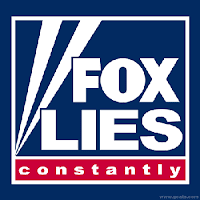 This isn't a surprise. According to the LA Times,


A new survey of New Jersey voters comes to a provocative conclusion: Fox News viewers tend to be less informed about current events than those who don't watch any news at all.

You may be surprised that the same survey found viewers of John Stewart's Daily Show are better informed than viewers of cable news shows.

Commenting on the survey, a political science professor at Fairleigh Dickinson University said,


The results show us that there is something about watching Fox News that leads people to do worse on these questions than those who don't watch any news at all.

Do you suppose that "something" is Fox's practice of doctoring videotape to distort stories to suit its anti-worker agenda?
Posted by Teamster Power at 4:52 PM