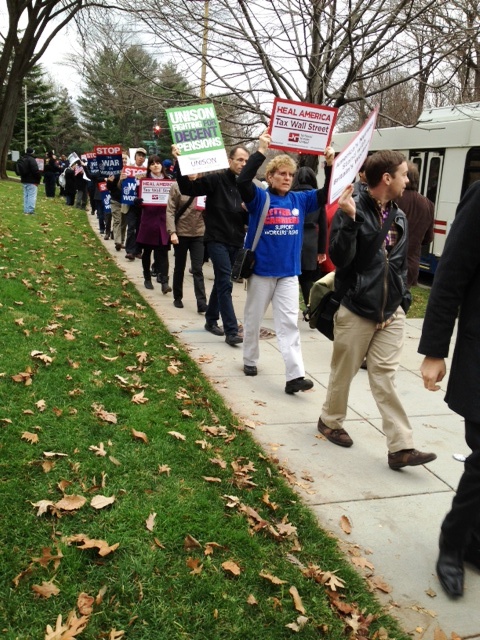 Teamsters are picketing the British Embassy in Washington and the consulate in New York in solidarity with the millions of workers on strike in the UK.

They're protesting the government's attempt to make them work harder for less money and a more difficult retirement.

In Washington, Teamsters are there with nurses (NNU), teachers (AFT), service workers, (SEIU), letter carriers (NALC), and members of the British union Unison. There are well over 100 people marching and chanting:


They say cut back

We say fight back

We'll have more on the action in a little while. Meanwhile, you can follow the action in the UK here.
Posted by Teamster Power at 12:21 PM