Because he won't have the votes when the new Legislature convenes in January: 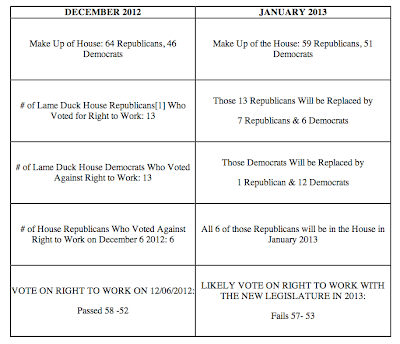