It isn't just Granny who'll get thrown off the fiscal cliff 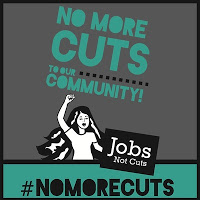 American children will also be damaged if extremist billionaires get their way. Irresponsible plutocrats -- aka "Fix the Debt" -- are pressuring Congress and President Obama to drastically cut government spending -- for poor kids.

Folbre cites a shocking statistic: The number of children in poverty rose 37 percent in the past decade, to 21.4 percent from 15.6 percent. She writes,


...what we see is a growing political effort to reduce public spending on children.

...proposed cuts to federal spending will leave government as little more “than a heavily armed pension plan with a health insurer on the side” — not an entity likely to offer a helping hand to families struggling to support and educate the next generation.

Provisions now teetering on the edge of possible elimination include those that increased eligibility for the child tax credit and the earned income tax credit, which augment the after-tax income of families with children. (Note: Teamster General President Jim Hoffa sent a letter to Congress strongly opposing this proposal.) Funds for Head Start, Early Head Start and child-care assistance will almost certainly be squeezed. Cuts in federal support for college attendance (both Pell grants and tax breaks) are likely to kick in, worsening student debt...

The median income of families with children up to 18 years old has declined significantly — more than $6,000 in inflation-adjusted dollars — over the same time period. Parents are less likely to be securely employed than they were in 2001 and more susceptible to unemployment and involuntary part-time work.

Read the whole thing here.
Posted by Teamster Power at 9:43 AM