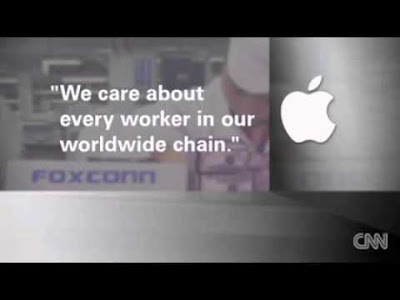 Our friends at the Economic Policy Institute shared the findings of a French undercover investigation of conditions at Foxconn, the Chinese maker of Apple products.

EPI's Isaach Shapiro brought us a translation of the French, which tells us at Foxconn’s iPhone 5 factory in Zhengzhou:
Apple invited a group called the Fair Labor Association to conduct an earlier investigation. The FLA painted a rosy picture of reforms at Foxconn. Shapiro is skeptical. Read why here.
Posted by Teamster Power at 5:43 PM