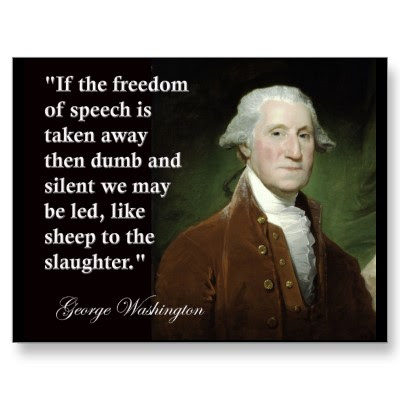 Today we learn about two more pro-worker decisions that the NLRB made as 2012 ended. One loosens restraints on political activity; the other supports workers' free speech rights on social media.

Yesterday we told you about the NLRB decision that makes it harder for employers to bust unions. Taken together, these three rulings strengthen workplace democracy.

The Wall Street Journal tells us about the ruling that makes it harder for employers to silence workers' voices in electoral politics. The Journal's account of the labor board's action is unsurprisingly churlish, given that the publication's owner (Fox News baron Rupert Murdoch) would like to turn all American workers into serfs. The Journal reports:


Unions must also maintain independently verified audits of their finances and provide members with proof that their assertions about spending practices are accurate. But the NLRB now says those requirements no longer apply and so-called Beck objectors are no longer entitled to see proof that their money isn't included in union spending on politics. ...

The board also carved out certain lobbying from the list of political activities from which workers may withhold dues. "Lobbying expenses are chargeable to [Beck] objectors," the board wrote, "to the extent that they are germane to collective bargaining, contract administration, or grievance adjustment." That vague definition could cover nearly any lobbying expense.

JDSupra Law News reports on the NLRB's order to reinstate five workers fired because they responded on Facebook to a co-worker's criticism:


This latest decision reinforces that employers must exercise caution before terminating or disciplining employees as a result of their comments on social media.

The case stemmed from a message that an employee of a nonprofit organization posted on Facebook outside of work hours. After Lydia Cruz-Moore told Marianna Cole-Rivera that she planned to discuss her concerns about employee performance with the Executive Director of Hispanics United of Buffalo, Inc. (HUB), Ms. Cole-Rivera posted:


Lydia Cruz, a coworker feels that we don't help our clients enough at HUB. I about had it!  My fellow coworkers how do u feel?

Four co-workers responded, all on their personal computers and on their own time. The employees generally objected to the assertion that their performance was substandard. Ms. Cruz-Moore complained to HUB management about the posts, and on the first workday after the Facebook posts, HUB fired Ms. Cole-Rivera and her four co-workers. The Executive Director of HUB justified the terminations on the ground that the posts violated HUB's zero-tolerance policy for bullying and harassment.

The decision marked the first time the Board analyzed in detail the appropriate framework for evaluating an employee's termination for Facebook posts. The NLRB applied the long-established Meyers Industries framework in holding that the Facebook posts constituted concerted protected activity because the employees had a common cause and were taking the first step toward group action to defend themselves against criticism of their job performance. According to the majority opinion, the employees had the “mutual aid” objective of preparing a group defense to Ms. Cruz-Moore's likely complaints to management.

The ruling was a 3-1 decision. The three board members who supported workers were all appointed by President Obama.
Posted by Teamster Power at 12:37 PM