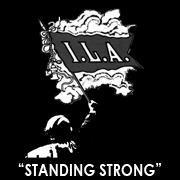 An expected East Coast longshoremen's strike is postponed as management begins to bend, according to International Longshoremen's Association President Harold J. Daggett. He posted on the ILA's Facebook page,


I am pleased to announce that the ILA made major gains on the Container Royalty issue. Consequently, we agreed to extend the ILA Master Contract by 30 days, beyond the December 29th deadline.

The two sides are in federal mediation.


A major threat to the U.S. economy has been averted as the International Longshoremen's Assocation (ILA) and an alliance of shippers and port operators settled in principle the most contentious issue delaying a resolution of contract talks. ...Such a work stoppage would have shut 14 major ports from Massachusetts to Texas and hit retailers and manufacturers that depend on imports.


Container royalty payments, which are made to ILA members and based on the weight of containers, aim to compensate workers whose labor becomes unnecessary because shippers use containers. Port operators and shipping companies want to cap the royalties at last year's levels to stay competitive. They believe the royalties have become a huge expense unrelated to their original purpose and amount to a bonus averaging $15,500 a year for East Coast workers already earning more than $50 an hour. The ILA says the payments are an important supplemental wage, not a bonus.